Our hearts dropped when we added up the total.

That’s how much we owed in credit card debt by the Fall of 2017.

The debt had crept up on us quickly, growing larger and larger until what we owed seemed insurmountable.

So what happened? And how exactly did we end up with so much credit card debt?

Let me tell you.

Just a few months after my husband DJ and I became engaged in 2016, we decided to sign up for a couple credit cards through Chase – the Sapphire Preferred and the Freedom Unlimited. We were each in our last year of Physical Therapy (PT) School and knew we’d have wedding expenses and other living expenses to pay for during our final year.

Enticed by the points and travel rewards so well marketed by Chase, we quickly began charging everything to our new credit cards.

Why didn’t we think of it sooner?!

Our final year of PT school consisted of clinical internships, so that meant rent, food, gas, uniforms, and other resources were all charged on our cards.

Being in the final year of a rigorous graduate level program, it was impossible for either of us to work and make any significant income, especially when already working 40 hours/week in our clinical internships.

Exactly one month later, we got married in sunny Orlando, FL on September 3, 2017.

Our wedding was absolutely beautiful and everything we could have hoped for! But it came at a price, let me tell you.

(We were blessed to have both sets of parents help us pay for the wedding. If not, we would have been thousands more in debt.)

After our honeymoon in Jamaica, we returned to Florida and began the process of moving out to New Mexico where we had each been offered jobs.

The whole process of moving out to New Mexico was expensive.

And it all went on our credit cards.

Are you starting to catch a theme here?

The cost of the U-Haul, gas, food, and the security deposit on the house we decided to rent were all just a part of the expenses we charged on our cards.

All of this combined with the wedding expenses we had taken on over the past year and before we knew it, we had racked up nearly $20,000 in credit card debt.

So…what did we do about it?

1. The first thing we did was add up all of our credit card debt.

It was one of the most sobering experiences we had gone through as a newly married couple.

But it let us know exactly how much we owed, and allowed us to create a plan to attack that debt.

2. The second step we took was to create a budget and a plan.

Part of you might die a little inside whenever budgets become the topic of conversation.

But when paying off debt, it’s imperative to know exactly how much money is entering and leaving your household each month.

First, we wrote down our monthly income. Then we took a rough inventory of our monthly expenses and subtracted the difference. Whatever was left over went straight to debt!

Click Here to read about the 5 Top Ways to Pay Off Debt When Living Paycheck to Paycheck.

After reviewing our budget, we decided to plan on paying roughly $3,000 per month. That would allow us to pay off our total credit card debt in about 6 ½ months.

3. Third, we decided to throw everything we had at our credit card debt.

We paid down our budgeted amount, and then some.

Christmas bonus? We threw it at our debt. Unexpected gift from family? It went straight towards paying down our balance. Tax refund? You already know.

Any extra money left over by the end of the month was literally flung at our credit card debt until it was paid off.

4. The fourth thing we did was create a debt thermometer.

Have you ever seen those fundraisers where they use a thermometer to track their progress from $0 to their goal?

Well, we did the exact same thing on our white board, except we filled up the thermometer with our total debt number, then slowly erased it off little by little as we paid it down!

It was super motivating to have that visual and the experience of erasing a little bit more off each month.

5. The last thing we did was celebrate the wins.

Whether we paid off $300 or $3,000, we celebrated!! Even when the payments were small, we were always super excited because it meant we were just that much closer to paying off all of our debt.

In the end, it took us about 6 months to pay off our credit card debt.

Having moved out to rural New Mexico, we were blessed with the opportunity to have had high paying jobs as Physical Therapists. In fact, the salary we received was a major factor in why we decided to move out there in the first place!

It allowed us to pay off our debt quickly, much faster than if we had decided to stay in Florida.

By the end, we were so motivated we paid off nearly $5,000 in the last month, desperate to get rid of our debt once and for all.

Some people might wonder if we used the Debt Snowball or the Debt Avalanche approach to pay off our debt.

To be honest, I don’t think we used either! We simply paid off as much as we possibly could towards both credit cards as quickly as we could with no specific rhyme or reason.

The five steps we took to pay off nearly $20,000 of credit card debt were the following:

1. Add up all of our credit card debt

2. Create a budget and plan

3. Throw everything at our credit card debt

Unfortunately for us, that was not that case…Due to several critical mistakes and a few extenuating life circumstances, we once again got into credit card debt just a few months later.

This time though, the damage was even worse – nearly $40,000 in the negative.

Click here to read about how we’re paying it off! 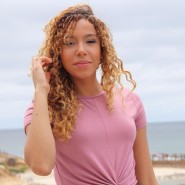